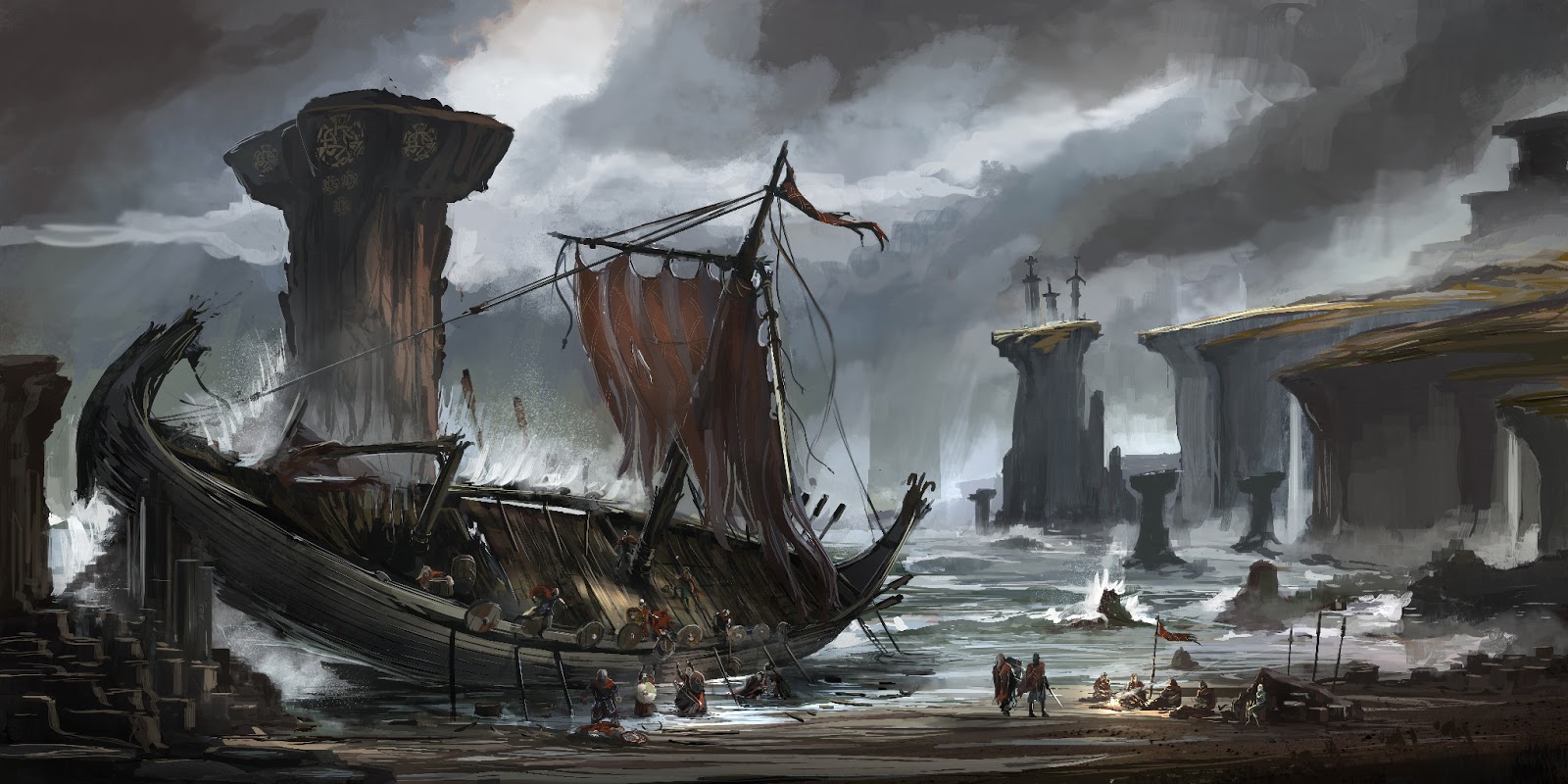 Viking ship crashed on a strange shore. I was trying to create a darker version of ireland, perhaps Tir na nog, or some other mythical land of irish mythology. The idea was these guys went looking for this mystical land, built this larger than usual longboat (fitted it with a second mast too, which unfortunately broke).

Well they got their wish, but the landing was rather harsh. Now they're salvaging their supplies and getting ready to move.
Posted by Spiros Karkavelas at 07:23