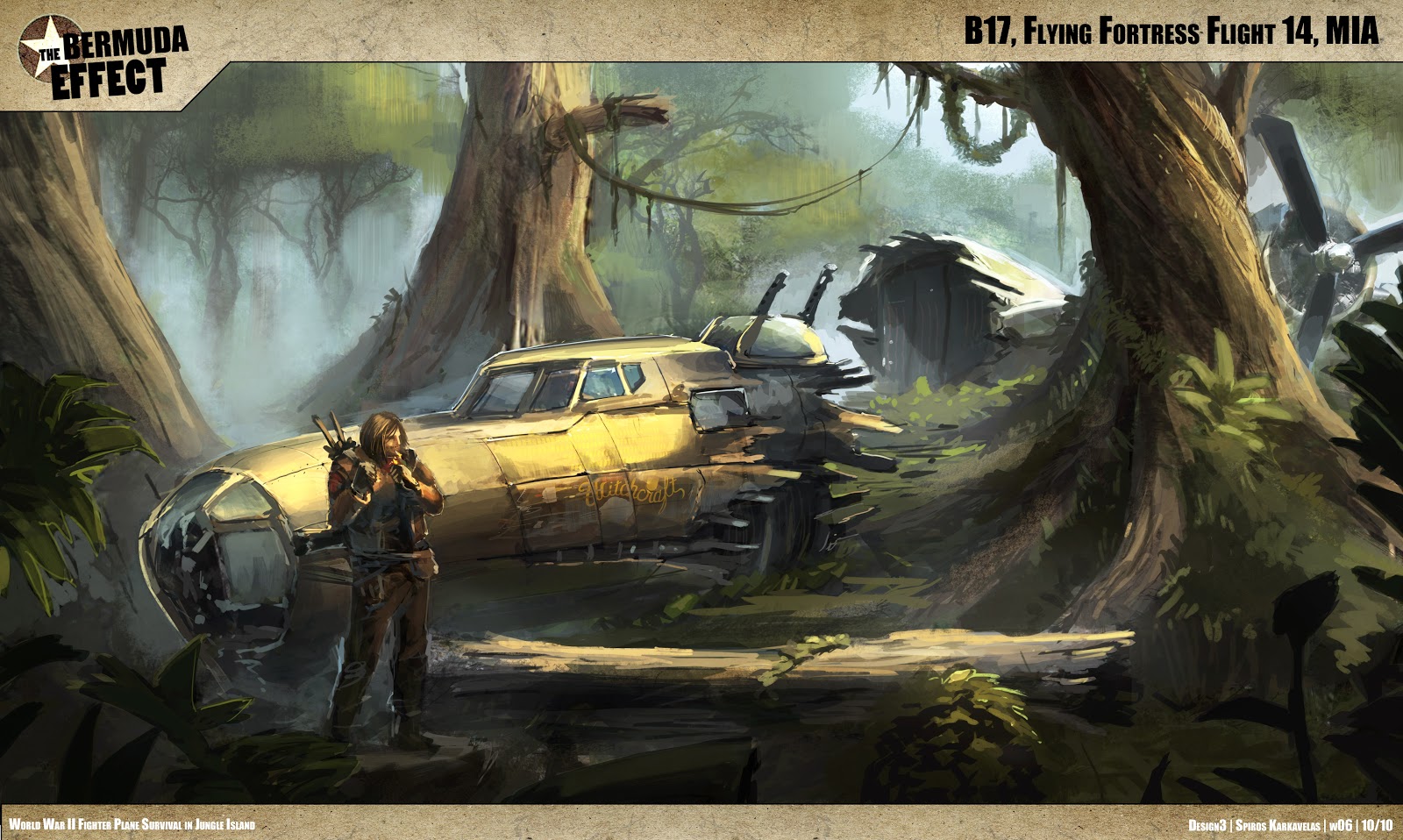 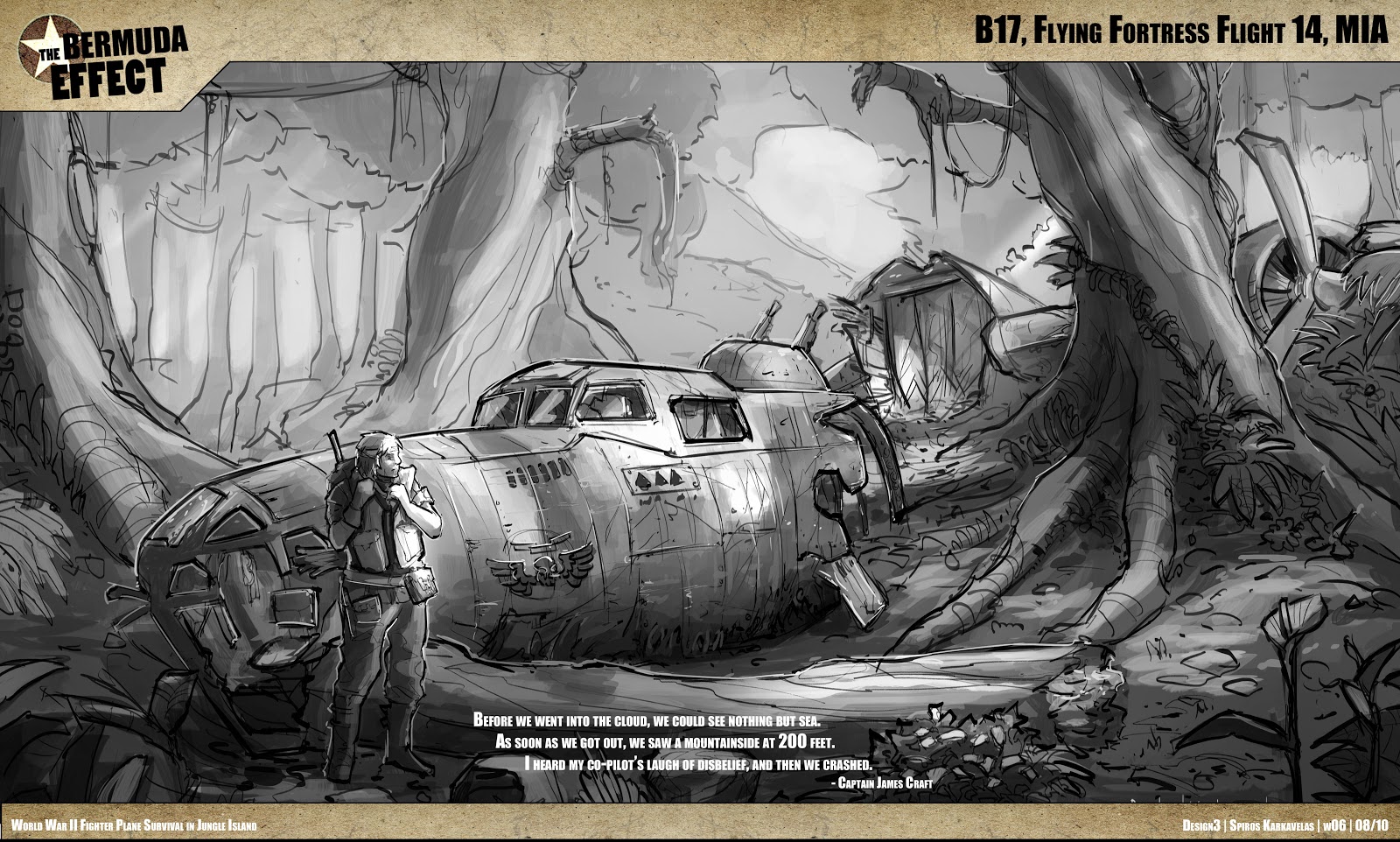 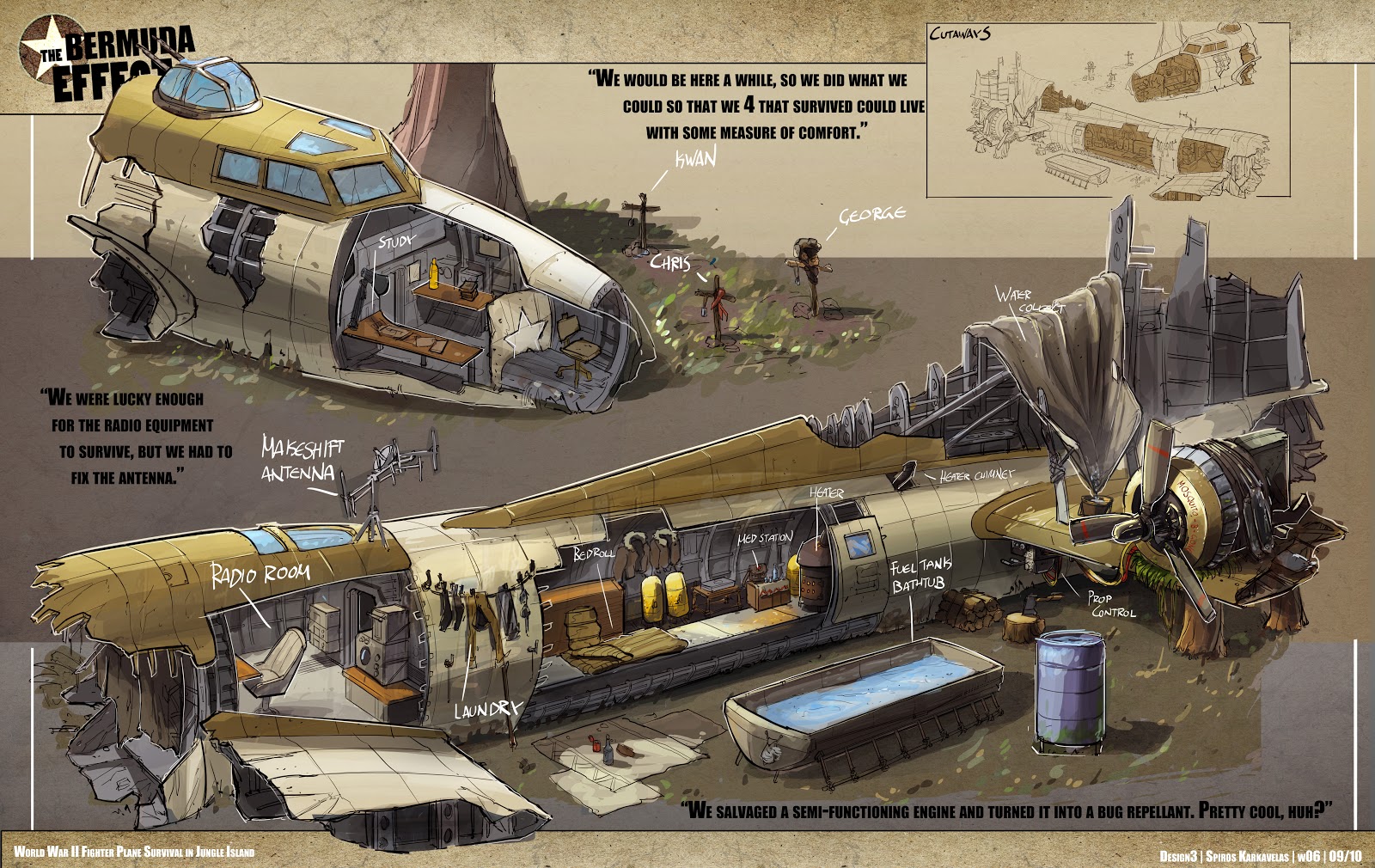 Alright these should be the last of these series. This time it's a b17. I really like these planes but damn it must have gotten really cold in there in higher altitudes...
Posted by Spiros Karkavelas at 06:04 No comments: 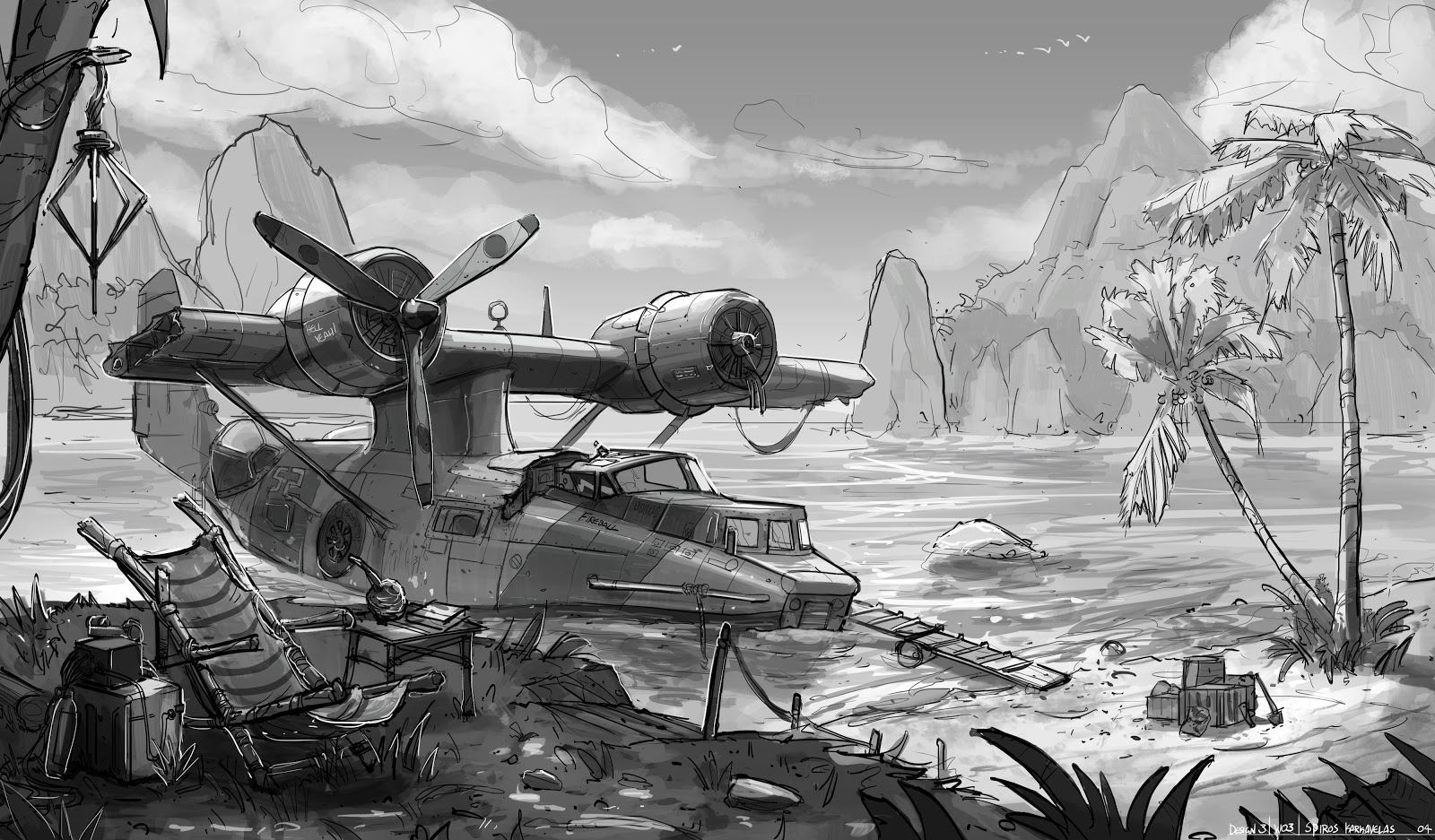 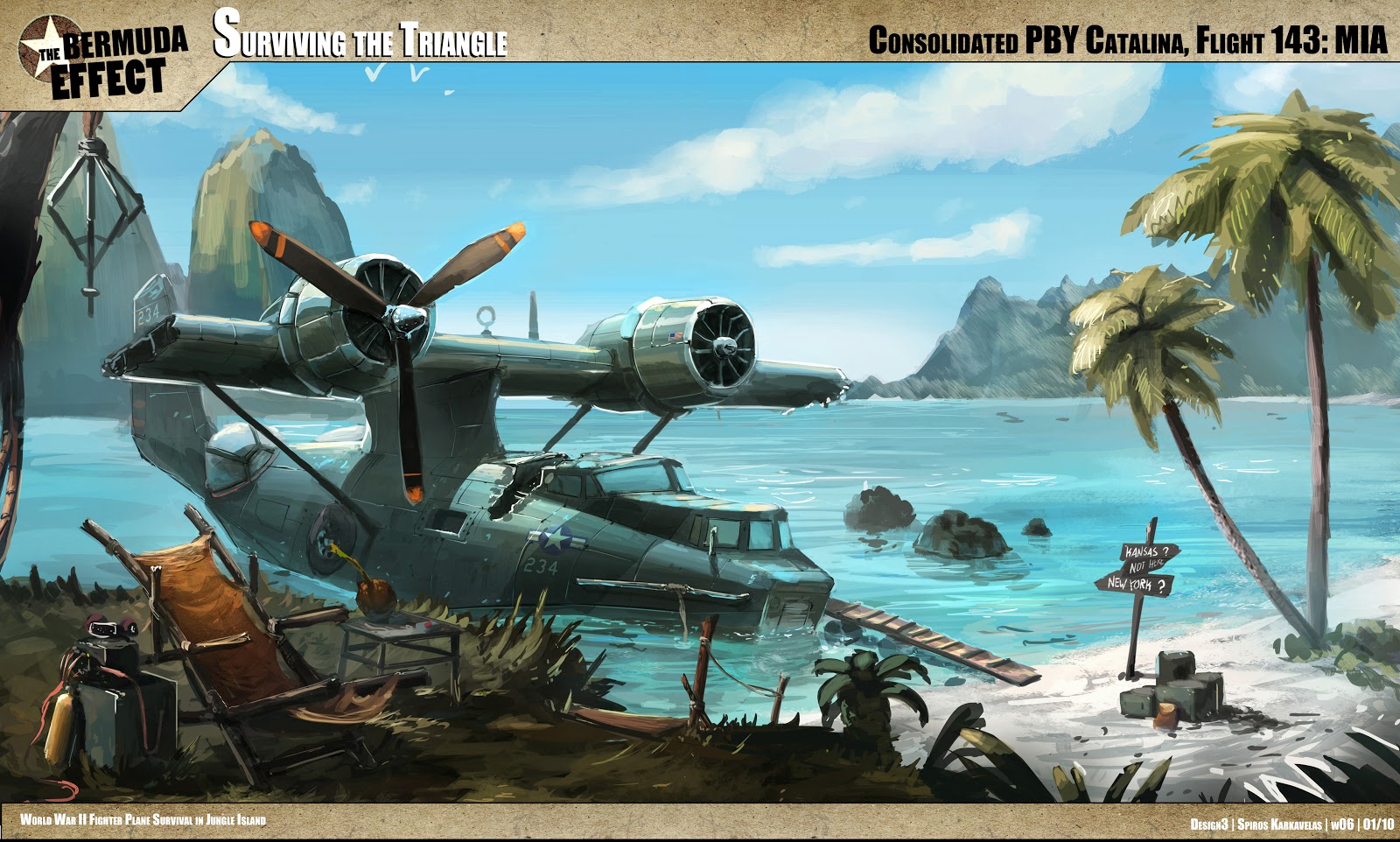 Value study and paint. I'll be honest, I like the black and white version more :p

The story here is that these guys had a bit of a runaway prop situation- That is, the second engine's propeller felt like going on an adventure so it flew off towards freedom, taking part of the cockpit with it as it went. They crash landed the plane somewhere on some island, but the hard landing caused both wings to snap off. That's the idea at least.

Posted by Spiros Karkavelas at 06:31 No comments: 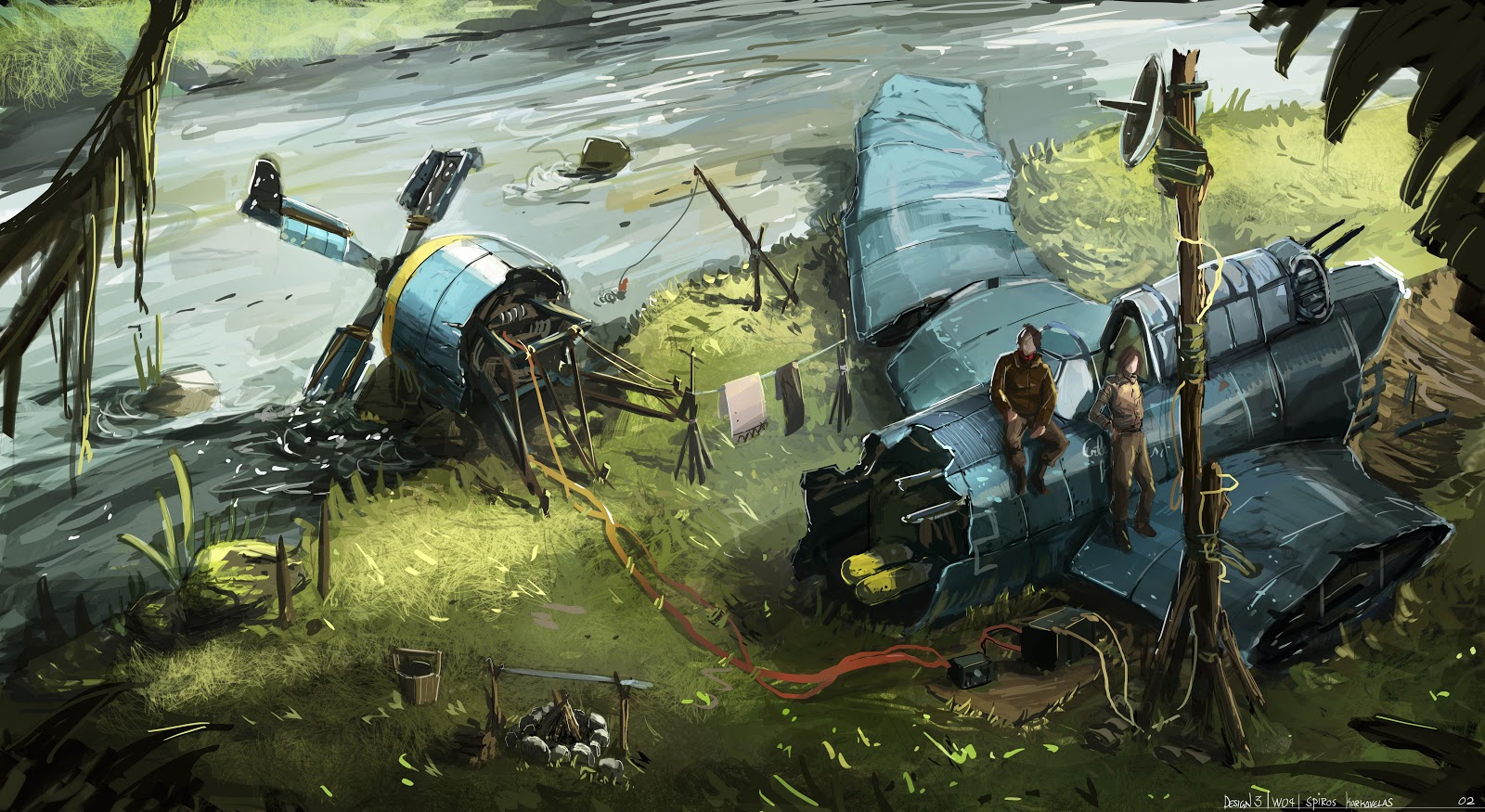 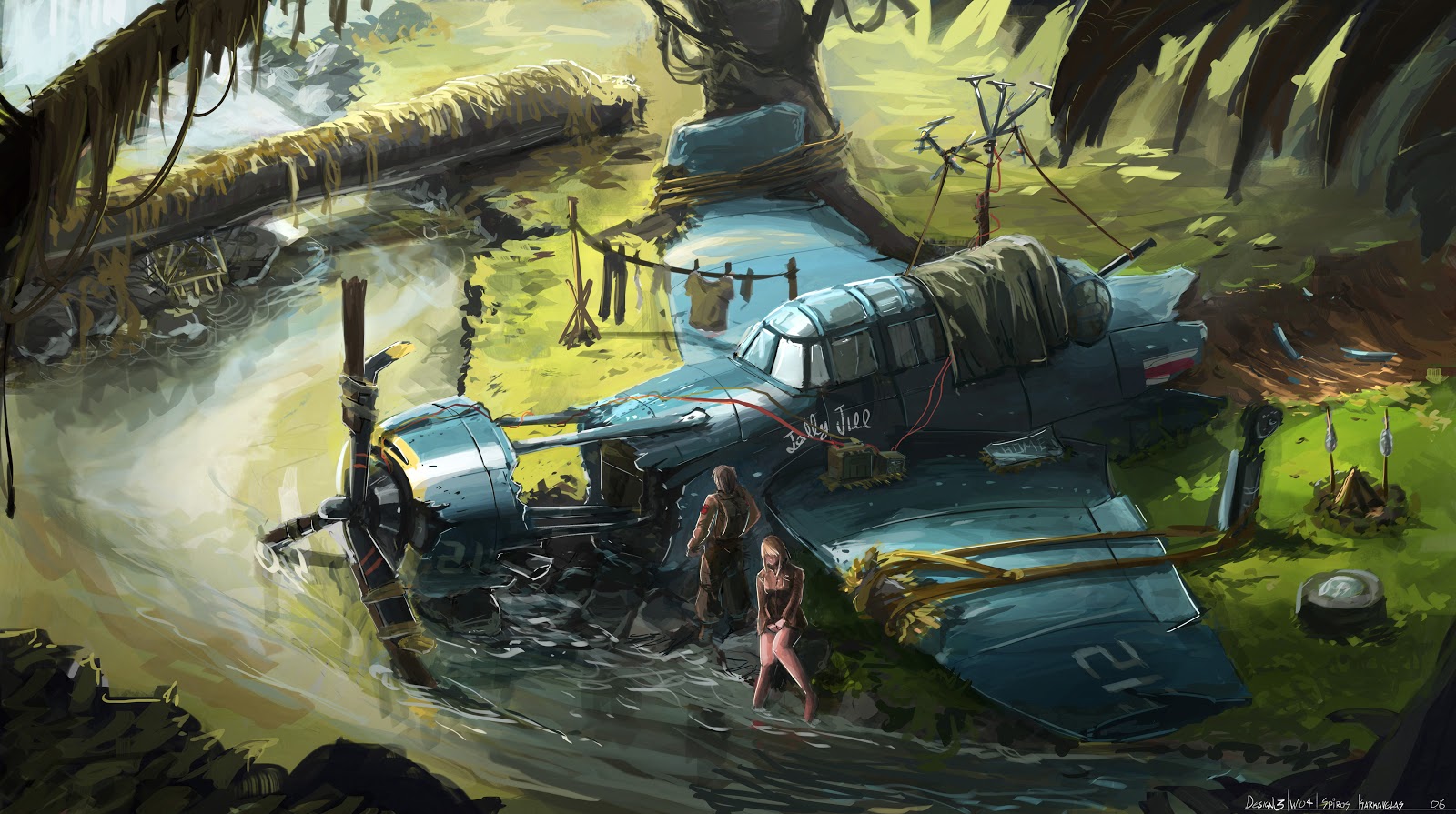 A 'what if' scenario:

What if flight 19, a flight of grumman avengers that dissapeared over the Bermuda triangle, actually crashed into a jungle island somewhere on a parallel universe?

These are 2 of the Avengers along with their crew.
Posted by Spiros Karkavelas at 11:43 3 comments: