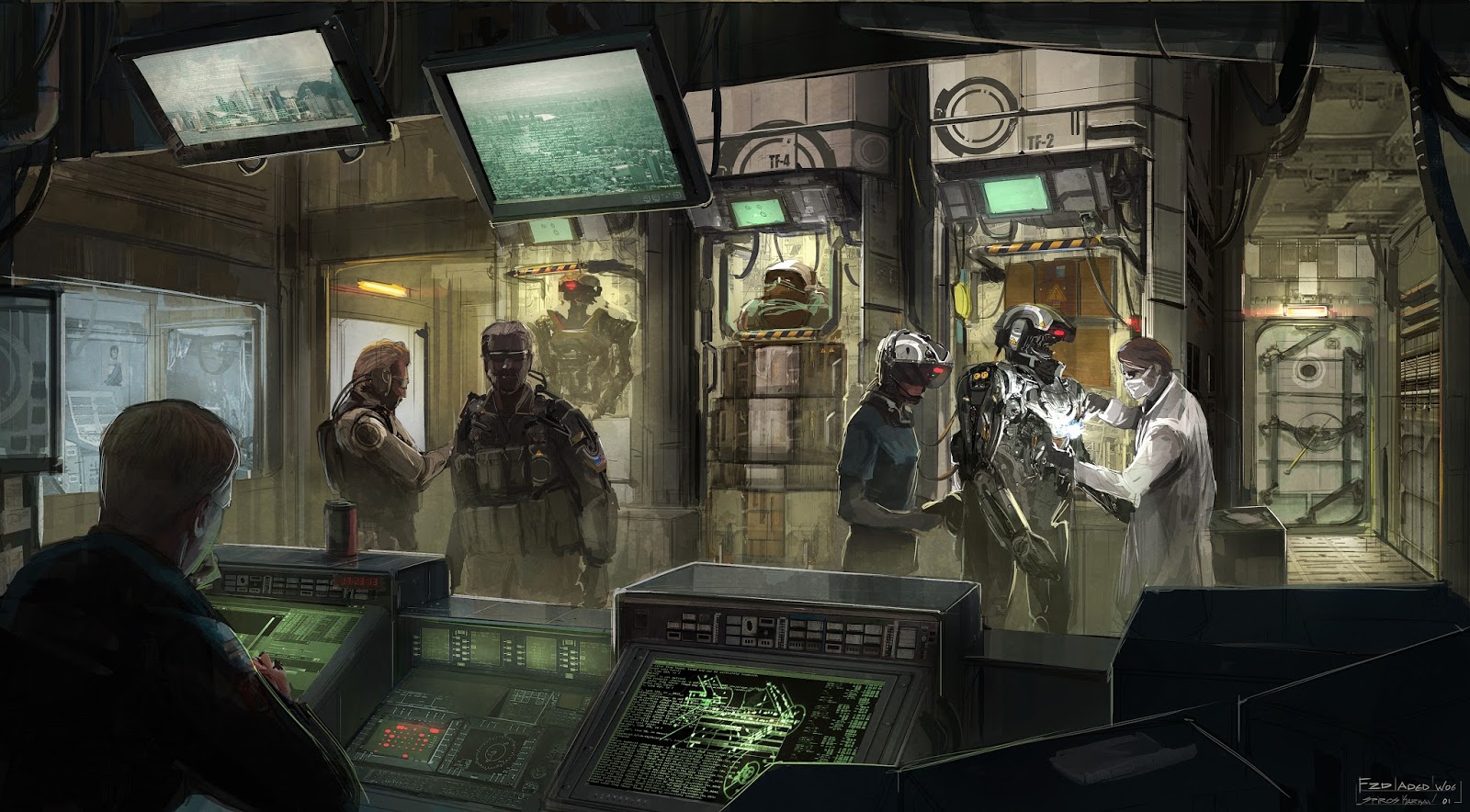 Still working on the same project.

The premise: China has invaded taipei and hong-kong, the US responds with a show of force. For the first time, they bring human-type drones to the game. These drones are built to resemble humans as a camouflage, but let's face it. Steel is tougher than flesh when it comes to soaking bullets.

The first of these two images shows the drones' engineering bay aboard the USS Nimitz while the second one is just a cinematic shot of a modified littlebird carrying a couple drones and seals.

PS: Notice the lack of the rear propeller? They've developed a reverse-spinning mechanism under the fist prop to replace that structural helicopter weakness, finally!)
Posted by Spiros Karkavelas at 05:50